Item of the month: Aerial view of boats

Isle sur la Sorgue Tourisme invites you to discover one of the works in the series Window on the World, entitled Aerial View to Boats, realized by Floriande Chérel.

Each month, we take you to the heart of antique dealers and artists in L'Isle-sur-la-Sorgue in search of authentic objects and works of art.

This work made in 2020 is part of an assembly of 36 independent paintings of 15x15cm, the complete format measures 90x90cm.

Designed from various colored papers, all assembled on Arches paper with mixed techniques, it represents a corner of the coastline bordering the Calanques de Marseille. 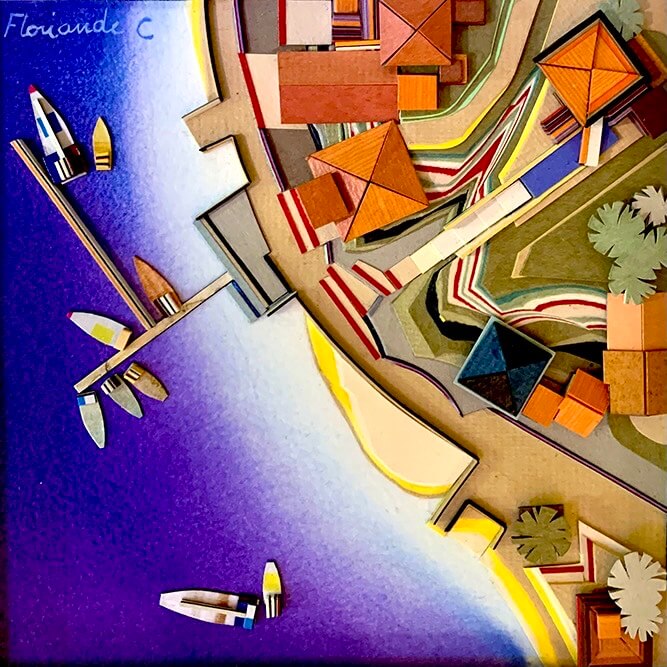 Unfold space and fold time, open all the windows that overlook the world, embark on a motionless journey towards life, others. This random mosaic retraces the imaginary itinerary of a dreamer in front of his window. 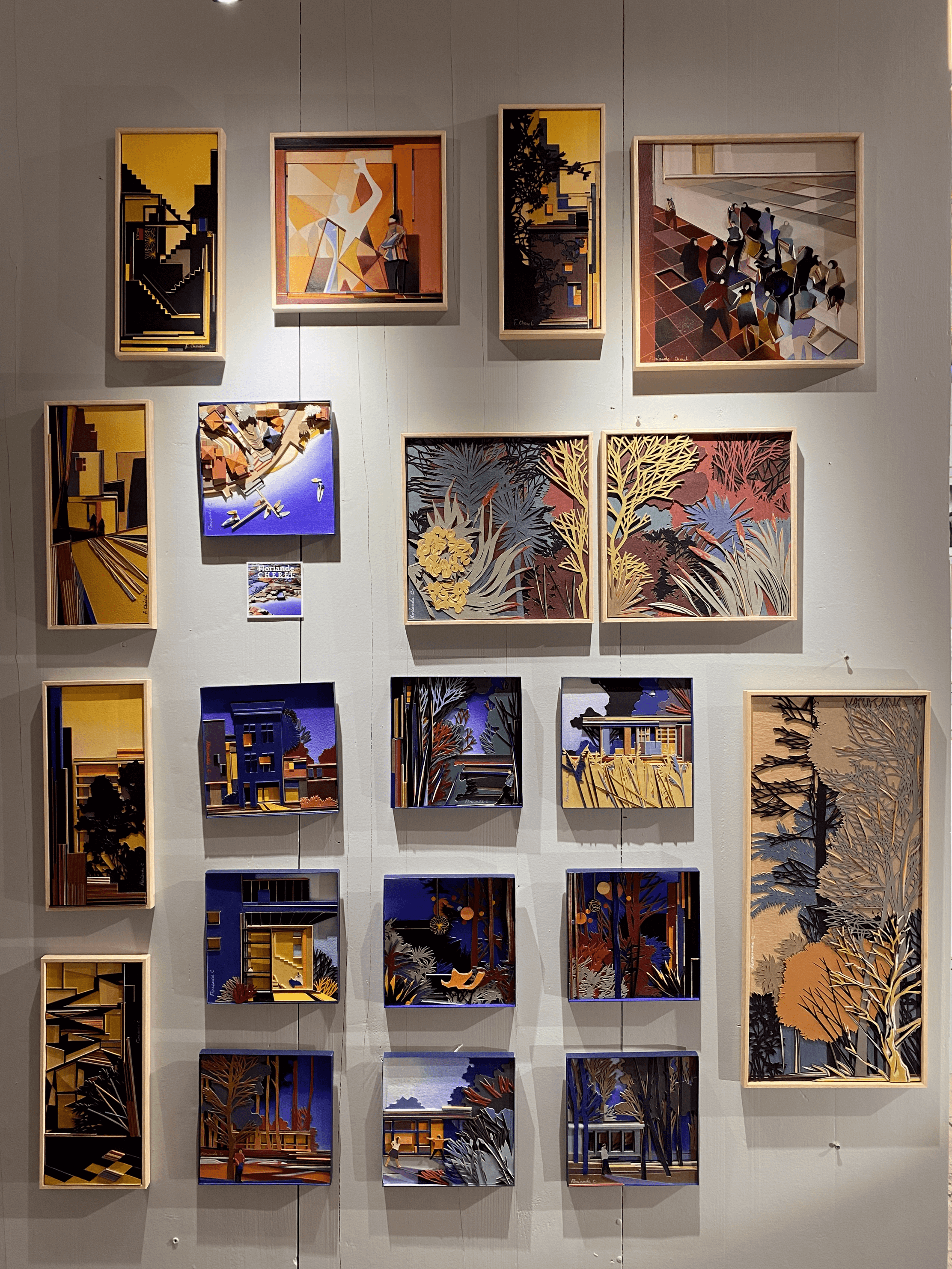 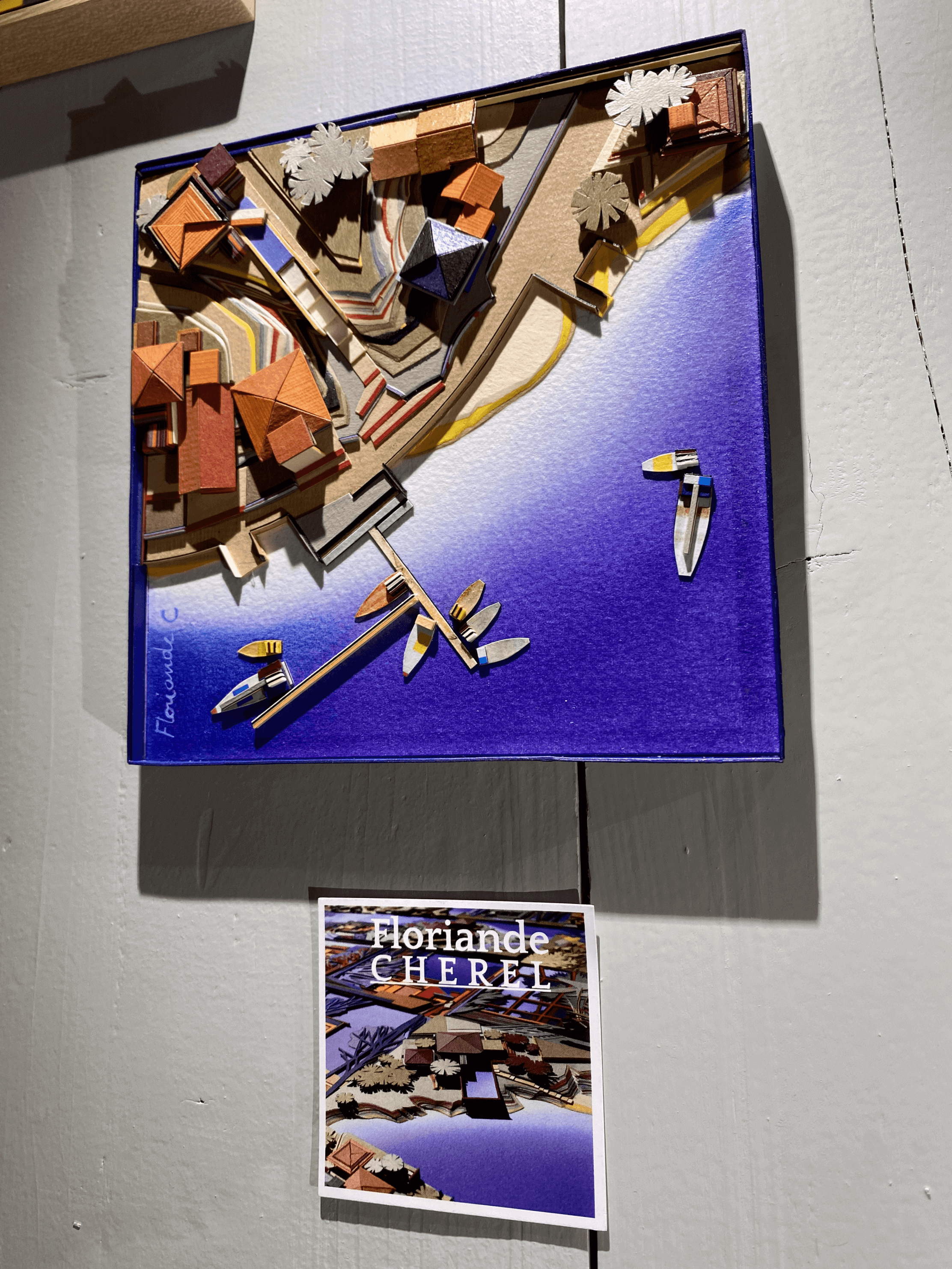 Painter and architect, Floriande Chérel was born in Ivory Coast in 1972. Attracted to drawing since her early childhood, she began to exhibit her work in parallel with her architecture studies.

It was in 1999, when she won the Grand Prix d'Architecture des Beaux-Arts, that she decided to turn definitively to artistic creation and in particular to the professional practice of plastic art.

His work, greatly inspired by his profession as an architect, is a real mixture of colors and materials, where magnificent mosaics in which the real and imaginary intermingle are drawn over the course of his assemblies. 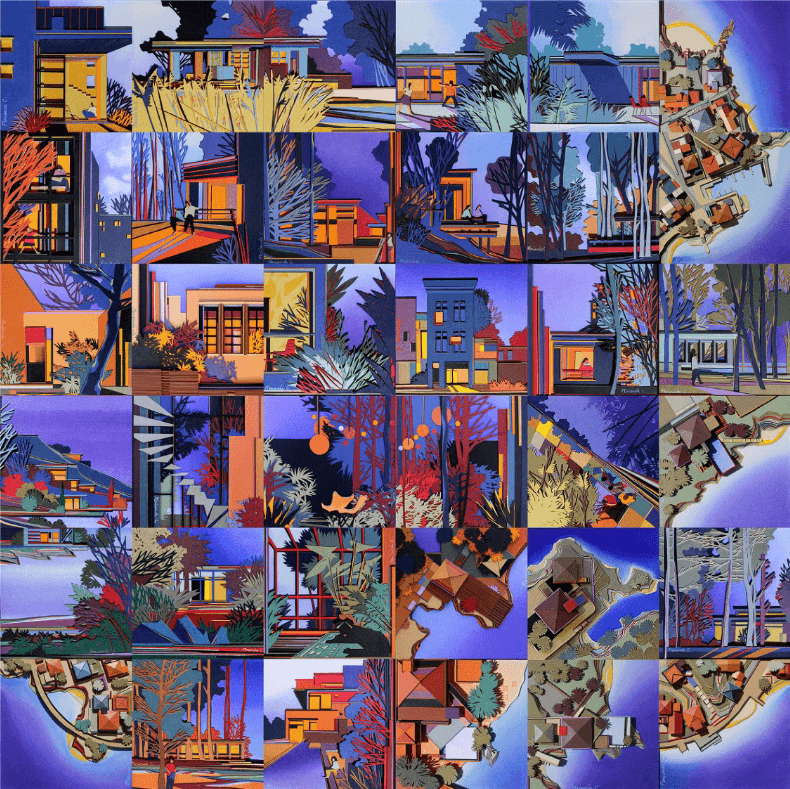 You can come and admire his works from Thursday to Monday at the Nouvel VAG showroom of the Antiquaires de la Gare, 2 Avenue de l'Égalité.