Former castral chapel of the Lords of Châteauneuf-de-Gadagne, the Romanesque Church of Saint-Jean-Baptiste was then a priory of the Collège Saint-Ruf in Montpellier.

Originally located within the walls of the feudal castle, the Church of Saint-Jean-Baptiste de Châteauneuf-de-Gadagne retains elevations characteristic of the 12th century Provencal Romanesque art.

Partly rebuilt in the course of the 17th century, it took its definitive appearance in the 18th and 19th centuries.

Saint John the Baptist, patron saint of the village, was the object of constant devotion over the centuries. 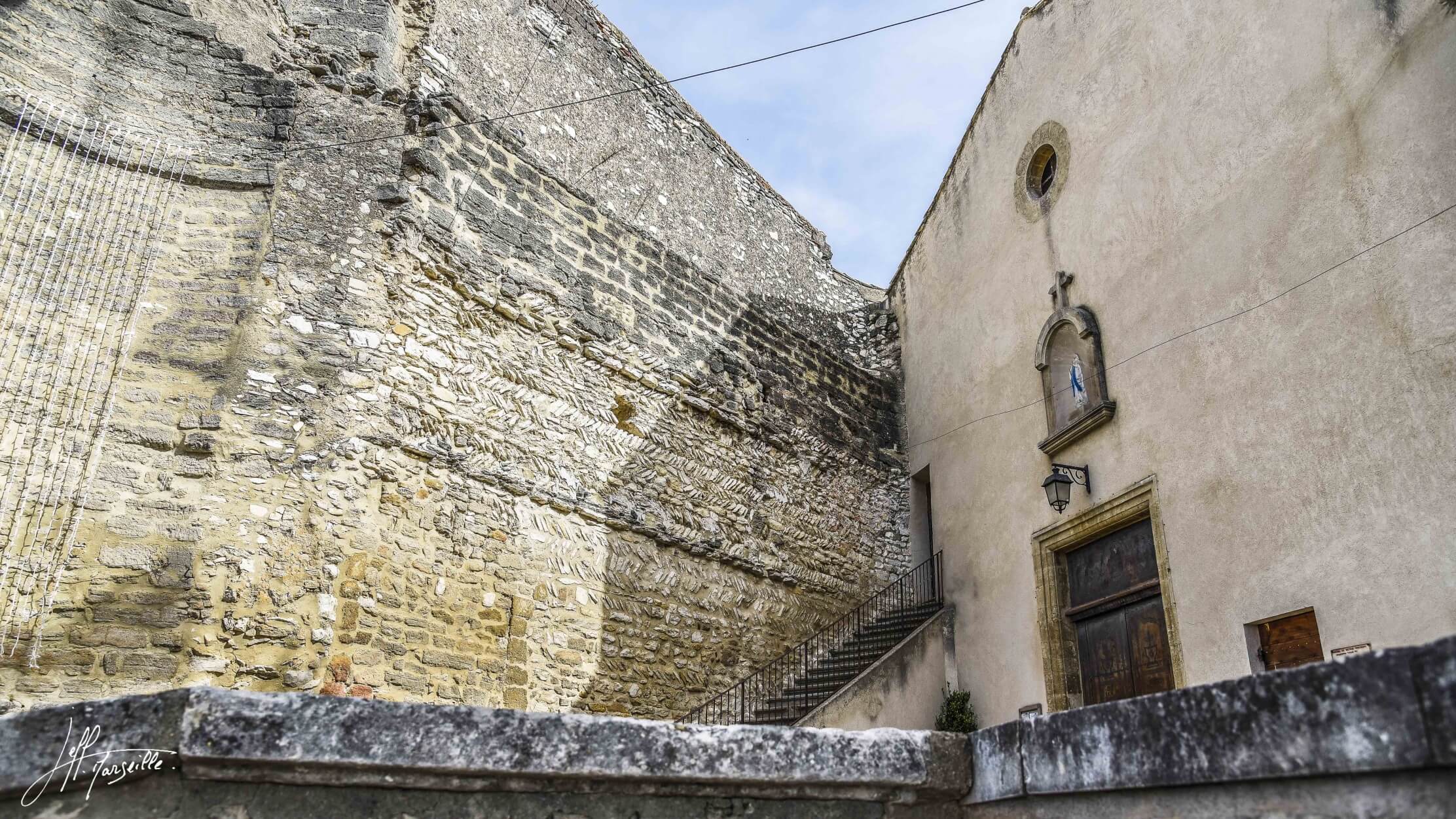