In the heart of the Monts de Vaucluse, some 20 km from L’Isle-sur-la-Sorgue, Gordes stands out in all of its splendour, beckoning to visitors from around the globe.

A white lookout dominating the Luberon

As you approach the village of Gordes, you begin to see its drystone walls, topped with vertical stones unlike anything else in the region. As you go, you will notice the occasional large 'borie' (a type of drystone hut) and then, suddenly, the village appears before your eyes, on the opposite side of a valley, crowned by the imposing silhouette of its 11th-century château and 12th-century buttressed church. Fortified during the Gallo-Roman period, the village of Gordes has long stood watch over the surrounding plains. 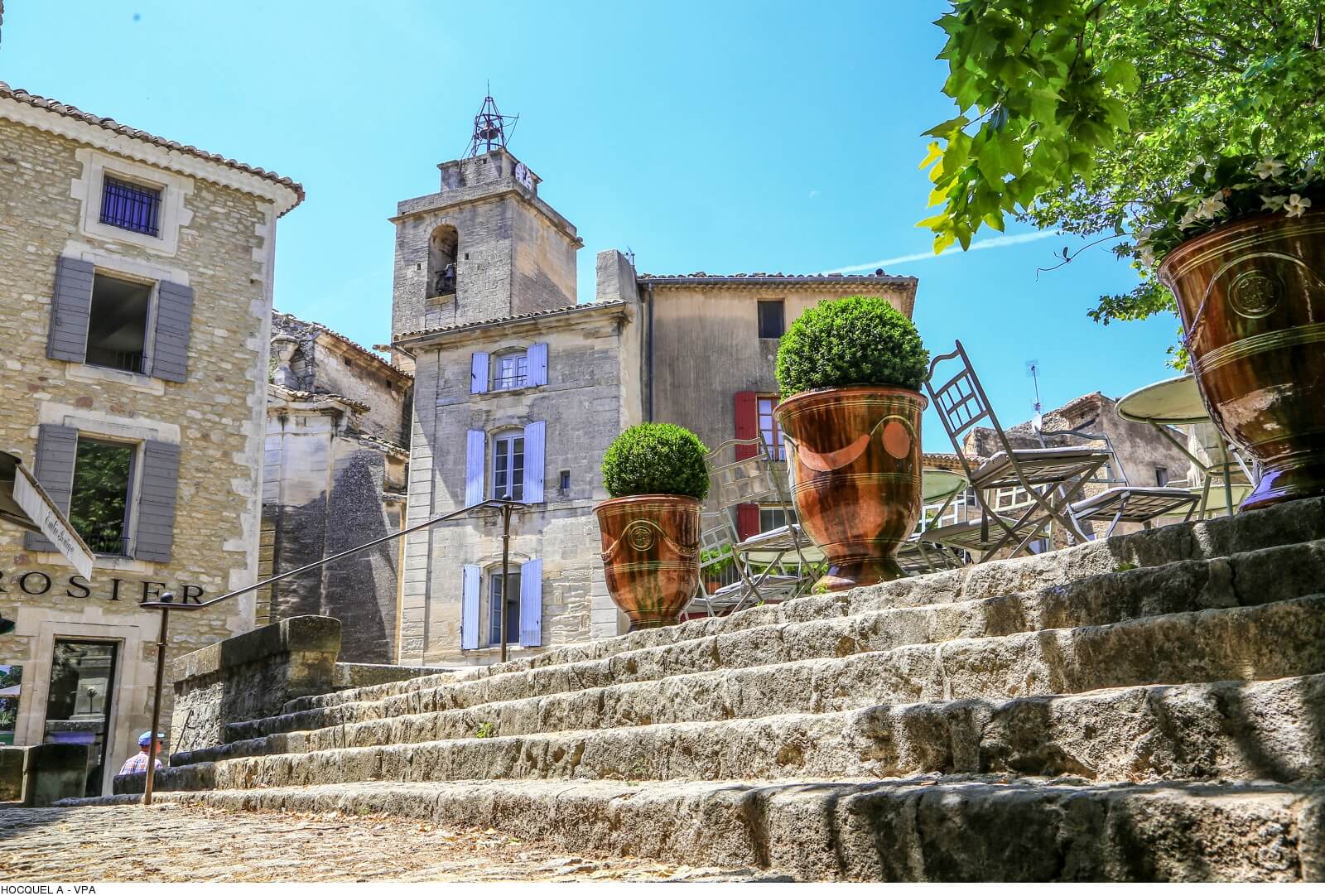 Until the 18th century, the village made its living from its olive oil trade, silkworm farming and leather handicrafts. However, as droves of people began leaving the countryside in the 19th century, it gradually fell into ruin. It was the painter André Lhote who was responsible for bringing it a new lease of life in the 1940s. Following on his heels came numerous artists and intellectuals, who would stay for varying periods of time. A chic destination, Gordes continues to stage a variety of exhibitions and concerts throughout the summer season. 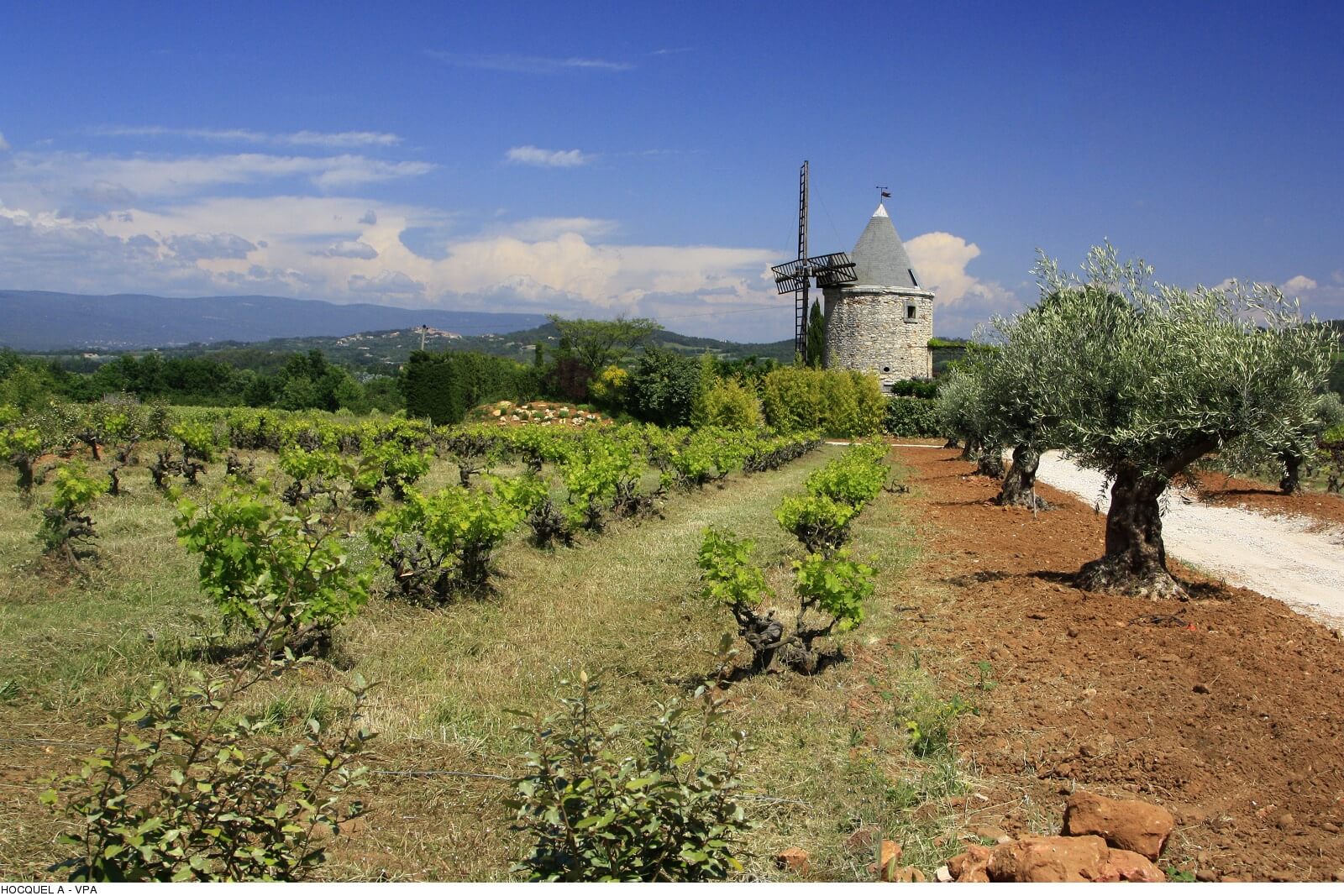 The Abbey of Sénanque, a quiet and peaceful place

A magnificent testimony to the talent of its Cistercian builders, Notre-Dame de Sénanque nestles in a narrow valley planted with pine and lavender. It is located at the end of the Sénancole Valley, which goes winding along for kilometres until it reaches the village of Les Bories, on the main access road to the village of Gordes. Classified in 1921 as a Historic Monument, it houses a monastic community who live there in accordance with the Benedictine vision of 'ora and labora' (prayer and work). The site is open to visitors and includes a large boutique/bookshop offering a wide range of products made by various religious orders throughout France, as well as an extensive selection of history books. 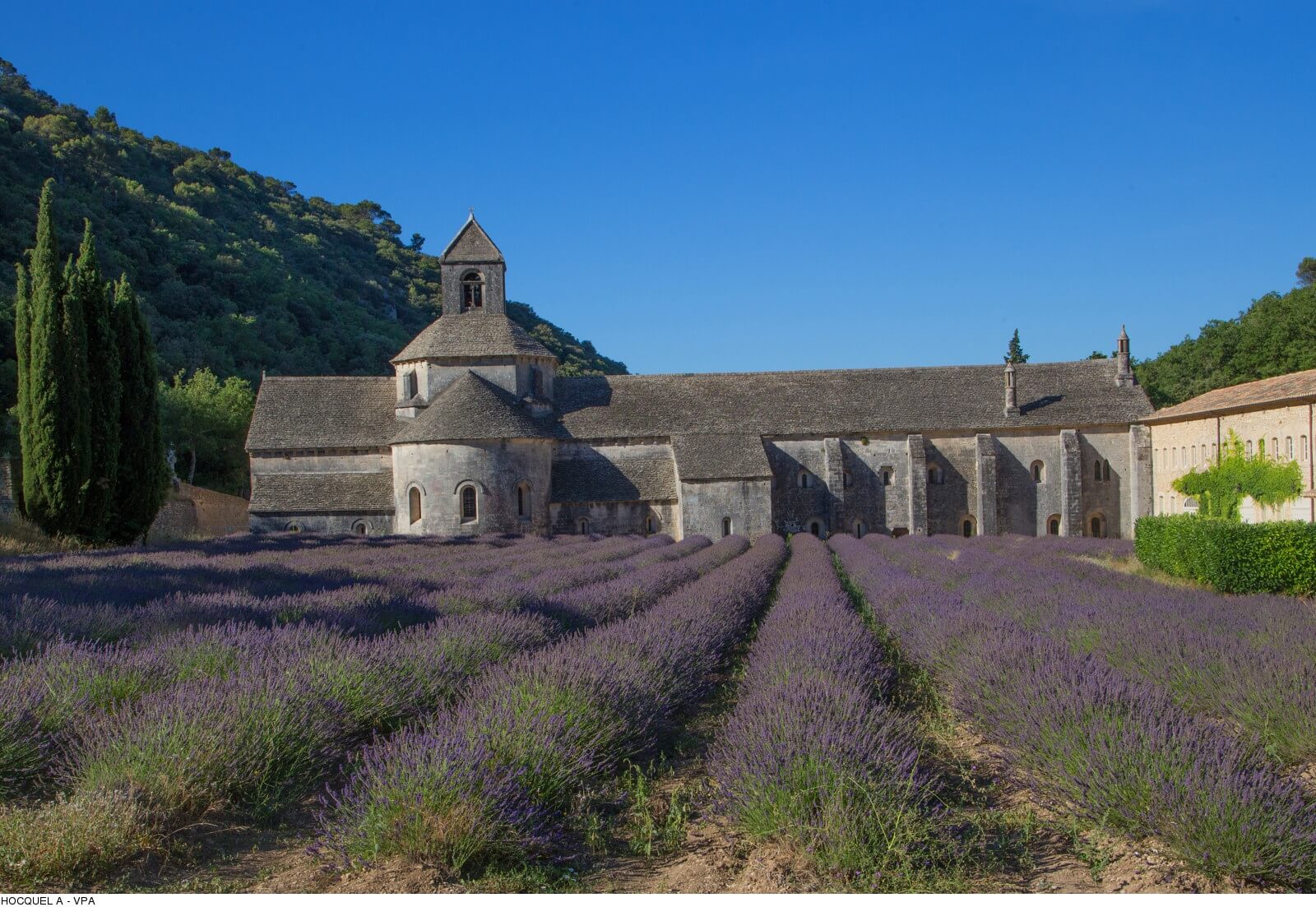 Gordes, a hillside location that gives this beautiful village an unforgettable character. You are sure to be charmed whenever you visit.